Rise of the Mullet 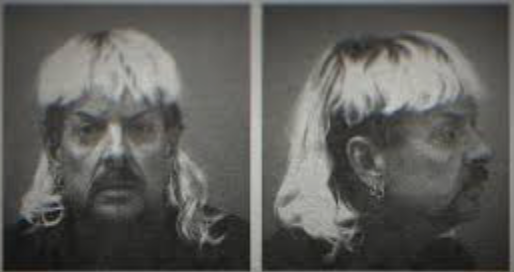 Conversations with supervisors showcased persons passionate about engaging with one another to find ways to support their staff members. Their primary concerns were maintaining connections, supporting without hovering, and advocating for their employees. Sure, accountability and productivity still need to happen, but only a sliver of time was spent on those elements of supervision further demonstrating where the true priorities lie.
This is the seventh ASCA Chats debrief blog and I too am legitimately surprised I resisted making a Tiger King reference until now. However, because it was brought up first by chat participants who chose to use their initial self-introductions to share their (unprompted) perceptions on Carole, my inclusion of it here is permissible. If you need to catch up on the pop culture phenomenon surrounding this Netflix docuseries, the trailer sums it up well. Netflix dropped the show on March 20, just as millions of Americans were beginning to stay home with time to get drawn into binging the seven episodes chronicling the experiences of Joe Exotic.

Yet professionals all over the globe were already facilitating the rise of a different, more socially accepted mullet—business on top, pajamas on bottom. Not only is it literally what many of you are probably wearing as you read this knowing that your video meetings today will be headshots only, but it's also a visual analogy of the unique balance needed for remote supervision. The nature of our work remains unchanged, but this is a chance to work and supervise in a manner that is most comfortable to your team.

For some, the shift to remote work meant picking up the office laptop, staying home, and waiting for instruction from superiors. But to supervisors, it was a call to lead a team with few models to look to for guidance.

Conversations with supervisors during the ASCA Chat on this very topic showcased persons passionate about engaging with one another to find ways to support their staff members. Their primary concerns were maintaining connections, supporting without hovering, and advocating for their employees, each discussed in turn below. Sure, accountability and productivity still need to happen, but only a sliver of time was spent on those elements of supervision further demonstrating where the true priorities lie.

Maintaining Connections— There is a natural camaraderie to sharing a physical work environment with colleagues that serves to facilitate the natural build-up of rapport. It's not expected that everyone automatically click with co-workers, but social norming eventually kicks in, roles are developed, and routines established. We underestimate the value of walking down a hall to process through an idea with someone, conversing with over lunch, or even just the quick catchups at the coffee pot or printer. Dynamics do not dissolve due to distance, but there is an art to continuing to lead when not within proximity of the team.

Ideas for video connections with colleagues have been… creative. When I came downstairs for a recent “hat day themed” meeting wearing a backward baseball cap I drew laughter from my children and a comment from a colleague that I looked like I was trying to make my way onto the Atlanta hip-hop scene. Some have planned optional video lunches in lieu of previous standing lunch invites and morning video catch-ups over coffee have been particularly popular. Whatever your cup of tea (pun intended), the intent is to maintain the sense of connection not just for the professional relationship, but also to combat the growing sense of isolation. Accustomed to bringing your laptop to another office to work in pairs? Jump on a video line and do the same. Used to using icebreakers or team builders to kick off meetings? Keep it going. The method of connection and the level of silliness aren't what matter, relationships do.

Supporting without Hovering— With the ease of occasional drop-ins more cumbersome, but a desire to help however possible, supervisors walk a thin line between being perceived as supportive and authentic versus nagging micro-managers. Regardless of setting, mediators control the way we communicate and the way we are perceived. In person, authenticity is easier to perceive when able to read non-verbals or when check-ins occur peppered into other conversations. When those opportunities are removed, it leaves the question of whether to call or email with simple questions for fear of misinterpreted intent. Supervisors want to lend a hand where able without the misperception that their staffs are not trusted. Unfortunately, in a time of escalated stress, the intent is particularly difficult to communicate. Let this serve as a reminder regardless of where you fall within the organization's hierarchy—authenticity is the key to supervision. It is alright to admit you too are in PJs like the rest of us. Employees will respect the effort when they know it comes from a place of genuine, relatable care. If that's something you've struggled with as a supervisor up until now, congrats. You've just been handed a reset button with the opportunity to use the change in environment to facilitate a change in culture.

Advocating for Employees—Looking it head on is anxiety-inducing, but we all know institutions of higher education will be dealt a massive financial blow in the wake of the current pandemic and subsequent economic instability. Some are already beginning to face this reality, such as the San Francisco Art Institute and MacMurray College, and though they were some of the first, they certainly won't be the last.

Supervisors, at least all the ones I've spoken to, are far more interested in employees' personal well-being than proof of productivity. But persons with institutional-level fiscal oversight are faced with impossible decisions about where expenses can be scaled back. It was easier to justify the need for a fully staffed conduct office when the caseload was inundated with alleged on-campus violations. Even if against their nature, many supervisors are tracking their employee's tasks and accomplishments not for the sake of cumbersome oversight, but for the justification of salaries when the eventuality of furloughs and layoffs emerge.

Cue that dusty post-it of projects referenced in a previous post. Not only is this time valuable for the completion of deferred assignments, but we are seeing a rise in the creation of tasks that would have previously seemed aspirational. A handful of Chats participants engaged in a verbal brainstorm of these activities and you are invited to view and add to a crowd-sourced document, found here.

Personally, this is month 16 of working remote from the comfort of my home office, dogs gently snoring underfoot, supporting my staff from afar mostly via bitmojis and memes. To be fair, this was more or less my supervision style even when I worked in on-campus roles. Adjusting to an environment where all communication had to be mediated by technology took time. What's important is that we embrace our new mullet by balancing our professional responsibilities with a glimpse at our less commonly seen casual nature that thrives on authenticity. We all know our supervisors have pajamas on under the desk—might as well embrace this new normal.

NOTE: Due to low participation, there will be no summary article posted for the session titled “Student conduct on [now] non-residential campuses,” which took place on Wednesday, April 1, 2020. Not an April Fool's Day joke, promise.