How to Create an Early Expungement Procedure 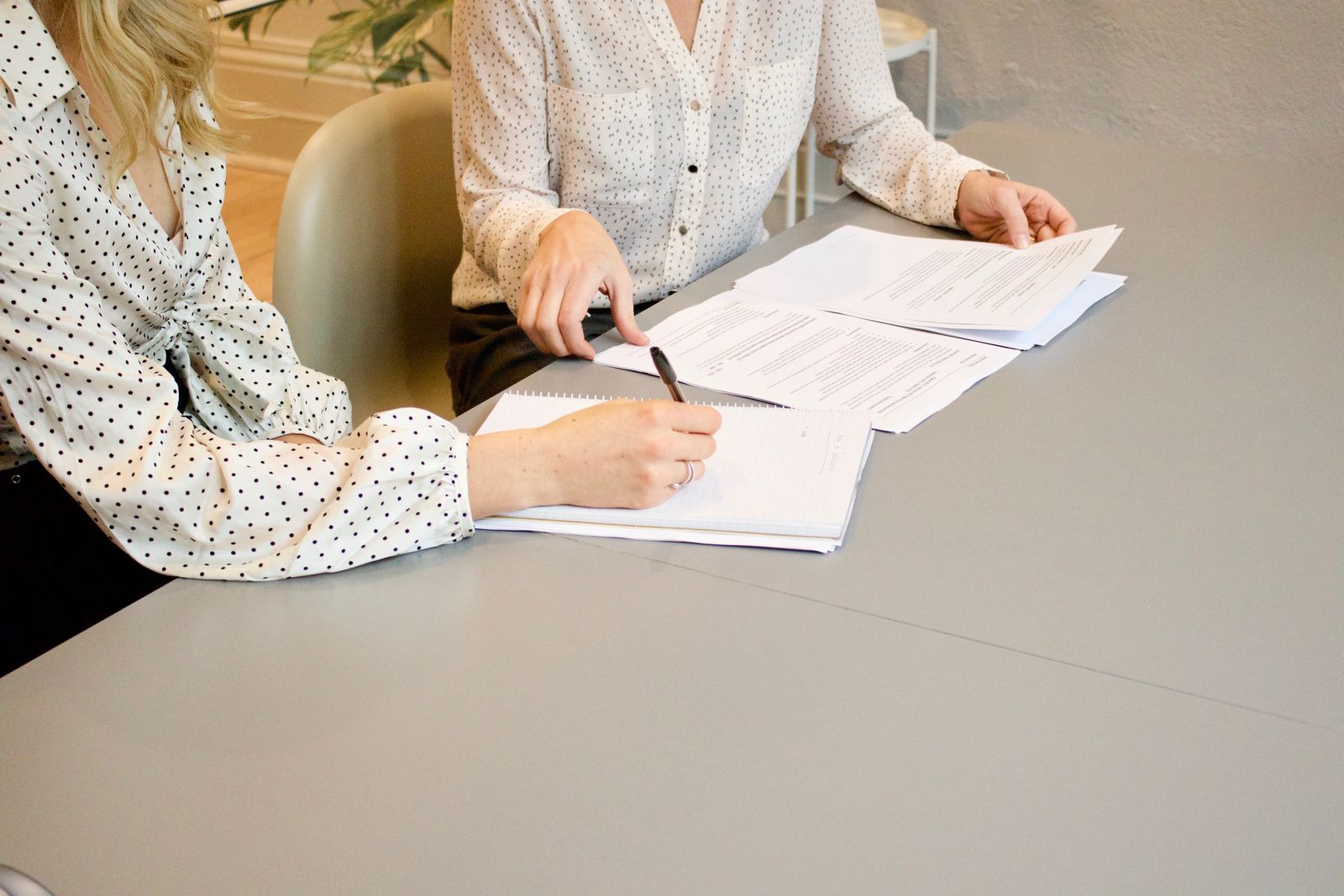 Do students sometimes struggle to learn from your student conduct process because they are worried about their student conduct record?  Do faculty shy away from reporting scholastic dishonesty because they don't want to create a record that gets in the way of what brought the student to your institution in the first place? Have the records you keep every impacted a student in a way you don't like?  Having answered all these questions with a resounding 'yes!" I created an early expungement procedure for my institution. If you're considering the same -- read on to learn what I learned in a years-long consultative process, in 10 minutes or less!

As I am sure many of you experience in student conduct, third parties frequently contact me for background checks when students, and sometimes alumni, apply for jobs and internships.  These individuals, whom I met with months or even years ago, are preparing for the next chapter in their career or education, and their potential employer has “requested” that they waive their rights to the confidentiality of their student conduct records.  Last academic year, my office performed 608 background checks.  On average – that is 1.7 checks per day, if you count both holidays and weekends.

Prior to having a procedure for early expungement, I sometimes found myself hesitant to charge a student and engage in an educational intervention simply because I knew that doing so would create a record.  Students and alumni both inquired with me about a process for early expungement of their records, especially in cases where a lot of time passed since their violation or when their infraction was generally a small potato.  Without a process in place to help them, no matter how well executed or how well received the educational moment was during the case, the process, simply having occurred, had the potential to be punitive in and of itself. Students who had a parallel legal case often discussed how the legal system offered options to proceed without a record, particularly for low-level or first-time offenses.  I realized I wanted to create a similar option for myself.  Because frankly, I did not want to be 'the system' that follows students places, where I don't want or need to go.  Upon this realization, I set out to identify a way to regain some control of the impact my decisions had on the students I served and their overarching goals.

For context, I'm in a Director-level position at an institution with 11,000 students.  My school is 1 of 5 schools in a state system.  My office has 2 professional staff including me, and 4 student workers.  A majority of the cases heard in my office are referrals from police departments located both on and off campus.  We share a conduct database with the Housing and Residence Life department – and together, we heard 1,315 cases last academic year.  My office manages all student conduct record retention and background checks for both conduct and housing.  Generally, our records are kept for seven years with some expectations.  Suspensions,  expulsions, and open cases are kept indefinitely.  Also our cases resolved through formal hearings are kept longer because the hearings are audio recorded, and a System policy requires that we keep the recordings for ten years.

The following is a step-by step guide of how to engage your campus in creating your own approach to early expungement of conduct records.

1.    Start with theory:  The student conduct profession exists in the balance between education and accountability.  I framed the idea of creating an early expungement option using the McCold and Wachtel's social discipline window.  The window depicts combinations of accountability and support.

This area of research suggests that “human beings are happier, more cooperative and productive, and more likely to make positive changes in their behavior when those in positions of authority do things with them, rather than to them or for them.”  In general, I strive to create practices and procedures in the ‘with' box – where the approach is restorative, participatory, and engaging.

2.   Evaluate your current student conduct retention schedule and background check procedures: It is common to retain student conduct records for a period of seven years in order to aptly respond in the event of a Clery audit.  Also common is the practice of retaining suspensions, expulsions, and open cases indefinitely.  However, as I conducted my own landscape analysis for this project, I found that retention schedules actually vary somewhat from one institution to the next. Moreover, some states have laws governing the retention of student conduct records, while others do not.  What I discovered varied even further were the background check procedures in place at various institutions.  Some institutions did not report anything after students graduated, others did not report cases resolved with a warning status sanction, or no status sanction.  Some institutions tagged certain cases resolved through restorative sanctions as “do not disclose.”  These are just a few examples of the variances I identified.  Whatever your procedure may be, it's important to ensure that your procedures align with the data privacy laws in your state.  This means, if you tell a student that their record has been purged after a specific amount of time or expunged early, you should ensure that that record is in fact inaccessible by even the most stringent means of search or subpoena.   You don't want to find yourself in a position where you're choosing between keeping your word to a student, or appearing to cover something up from a requesting authority.

3.   Collect intel from your colleagues   A quick Google search will lead you to a number of institutions who publish their own early expungement procedures and relevant petitions on-line.  After identifying a few procedures that I liked, I set up phone calls with the administrators who oversaw the process.  Those conversations allowed me to get insight into what they liked about the procedures, or what they might change if given the opportunity.  I was also curious about how often the policy was utilized, time spent responding to requests, their workflow, etc.  I used these insights to create an initial draft of the procedure as well as an application.

4.   Draft a procedure and seek consultation Next, I drafted the procedure and petition for administrative expungement.  Over the next year, I dedicated time to seeking consultation and support from a variety of stakeholders.  The following is a list of individuals who I consulted for feedback and support:

a.   My Vice Chancellor and Dean of Students was very much a champion of this project.  She reflected both reasoning and support for this work.  Moreover, she provided me the time and space needed to research this project and engage in extensive campus consultation.

b.   My Office of General Counsel provided helpful insight early on.  They suggested additional specificity in our guidelines about what could and could not be expunged early.  They also noted that some professional school applications (specifically law school) request information about expunged student conduct records from the applicant.  For this reason, it's important to be clear with students that having a record expunged is not the same as saying something never happened.  Students must answer the question, exactly as it is written.  If they are asked to disclose information about an expunged record, they must do so.

c.    Clery Compliance Officer – Our System employs a Clery compliance officer who was very supportive of this project.  Together, we identified a solution for retaining relevant information I would need in the event of a Clery audit.  Specifically, I keep a redacted log of expunged records of Clery crimes, available for cross reference.  This log includes columns for the type of crime, file ID, reported date, incident date, incident time, incident location, Clery location category, incident referred by, Clery rationale, and a fully redacted incident description.

d.   Next, I presented to our behavior intervention and threat assessment team which included police, counseling, case management, diversity and inclusion, housing, academic affairs, and disability resources etc.  Overall, this team was very supportive of the procedure.   Because we share a conduct database with Housing and Residence Life, I also met with a group from their department.  This process applies to all conduct records, and while they did not want a role in the review of early expungement requests, they did want more of an opportunity to weigh in on what the procedure for review might look like.  One specific thing that changed as a result of their feedback was that the waiting period before a student could apply for early expungement increased from 1 year to 18 months.

e.   And finally, this went before two campus governance groups composed of faculty, staff, and students.  The proposal was well received, particularly so by our Student Association, who drafted a proposal of support that passed unanimously.

1) A student applies through an on-line form (Maxient IR).  One application is needed for each individual case.  The application requires students to explain what happened, how they view it now, what they learned, their reason for applying, and it gives them a place to upload supporting documentation – letters of recommendation and proof of community service.

2) A hearing officer uses the decision-making guide to make an initial ruling.

3) Students can appeal the initial decision to the Student Hearing Panel (composed of a faculty member, staff member, and a student).

4)If approved, records are deleted.

The procedure states that an expungement is unlikely to be granted if a) Fewer than 18 months have passed since the incident occurred, b) If the student was charged with harm to a person or sexual misconduct, or c) if the student has a current open case or if any sanctions are incomplete.  Records that are ineligible for expungement include a) cases with scholastic dishonesty charges, b) suspensions and expulsions, c) cases resolved through a formal hearing, d) open cases, e) records maintained by other departments (i.e. Registrar, University police department, etc.)

The Big Picture –  Our profession exists in the balance between education and accountability.  As I reflect back to a time before this procedure's existence, I asked myself why colleges and universities exist and why students choose to attend.  It seemed clear that learning comes first.  Thinking about my own purpose, I realized we're not primarily in the student conduct business to create and maintain records. We're in this business to help students be accountable and most importantly, to learn from their mistakes in order to be successful in college and in life.  I'm all too keenly aware that Universities serve as the gatekeeper of privilege.  I can't deny the hegemonic forces that exist in our institutions – or in this case – sitting on my own desk.  Ethically, we need to be conscious of how our work might be closing individuals off from what brought them to our institutions in the first place.