With a generous donation from ASCA Past-Presidents Ryan C. Holmes and Tamara Greenfield King, ASCA is excited to announce the creation of the Ryan C. Holmes Silent Warrior Grant. This grant is intended to support a relatively new ASCA professional who has been a trailblazer on their campus in the area of social justice.
In support of the work of the silent warriors who participated in the civil rights movement that laid the foundation to ultimately create ASCA, we are asking you to donate $19.61, the year Dixon v. Alabama State Board of Education was decided, in honor of St. John Dixon, James McFadden, Eleanor Moody-Shepard and the countless others who paved the way for social justice on campus.
Our goal is to match the initial fund of $5,000 and raise another $5,000 by the ASCA 2022 Annual Conference, where the first recipient will be awarded.

The Ryan C. Holmes Silent Warrior Grant is a monetary grant of $500 to be given to an ASCA member for use toward one or more of the following:
Criteria to be considered for this award: 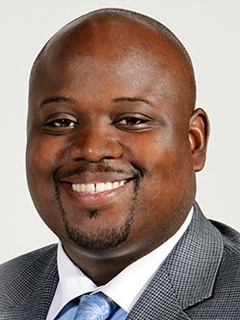 Dr. Ryan C. Holmes was born in Shreveport, LA. He and his siblings were the first in his nuclear family to attend integrated schools. While his parents were focused on providing the best paths to a quality education, many of the cultural nuances were experienced by him and his siblings for the first time. Being from an all-Black neighborhood in the deep south, even before he had vocabulary for difference, it was noticed in the expectations of teachers and administrators in spaces of K-12 education based on race.

Having a passion for music, Ryan became a perennial honor band euphonium player at the district, state, and three-states level yet he did not own an instrument until his senior year of high school.  He attended Loyola University-New Orleans, where he earned a degree in Music Education.  He also earned Master’s degrees from the University of Maryland and La Salle University and ultimately received his doctorate from the University of Texas at El Paso.

Dr. Holmes has been actively involved in ASCA since 2006, where he was the first African-American man to serve as both the President of ASCA and Chair of the Raymond Goldstone ASCA Foundation.  In addition to these roles, he served as Chair of the Annual Conference and faculty for the Donald D. Gehring Academy.  Dr. Holmes has also been recognized by ASCA with the Donald D. Gehring Award (for exceptional contributions to the field of Student Conduct Administration) in 2014 and the Distinguished Service Award in 2010.  He was actively involved in the African-American Male Summit, which is a hallmark of the ASCA Annual Conference.

Throughout his tenure in ASCA, Dr. Holmes  has served as a mentor, teacher, friend, and colleague to many.